To commemorate the centenary of the First World War the Stanstead Abbotts Local History Society have researched the village and its part in the conflict. Their military historian, Terry Collins, has done a very impressive job discovering all the facts and figures and human interest stories. A sign has been put up at the end of some of the relevant roads naming the residents who died in the war - the sign writing was sponsored by French & Jupps. It puts into context the affect WW1 had on the village - nearly every resident would have personally known someone who died in the conflict.

Here are photos of some of the signs that were put up. 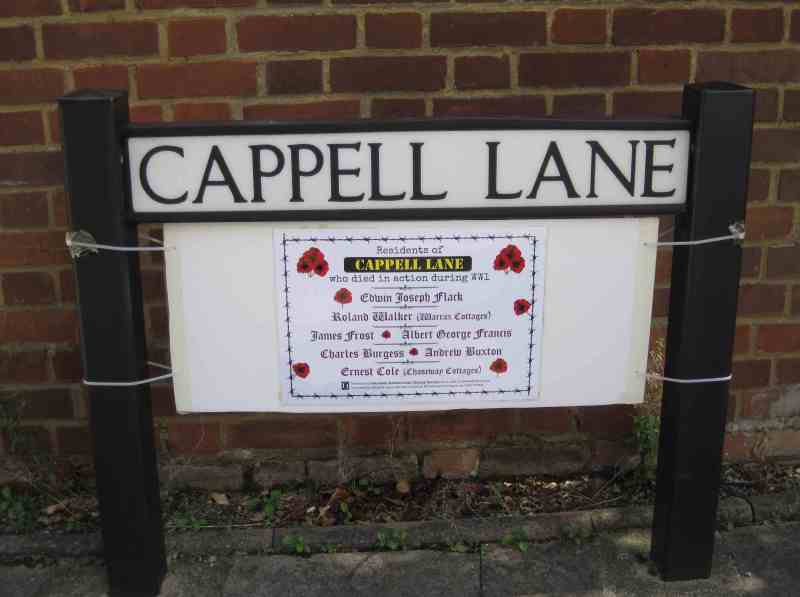 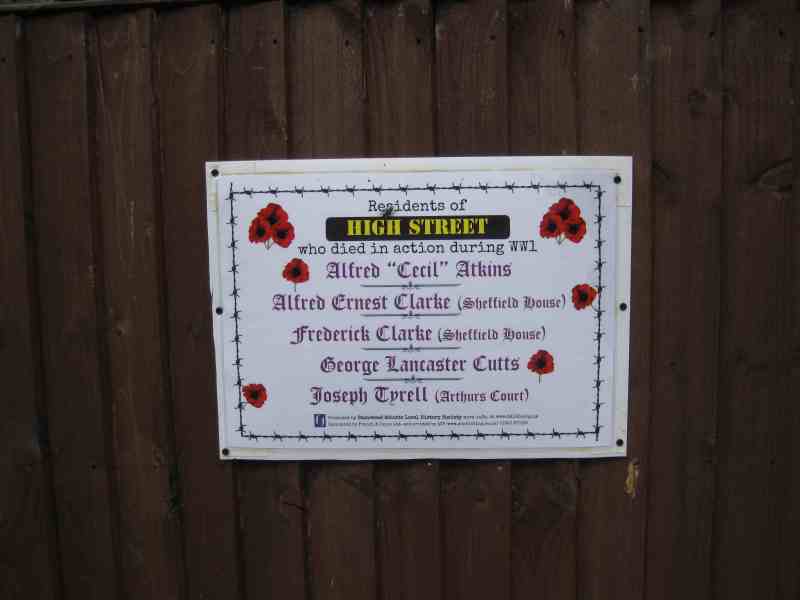 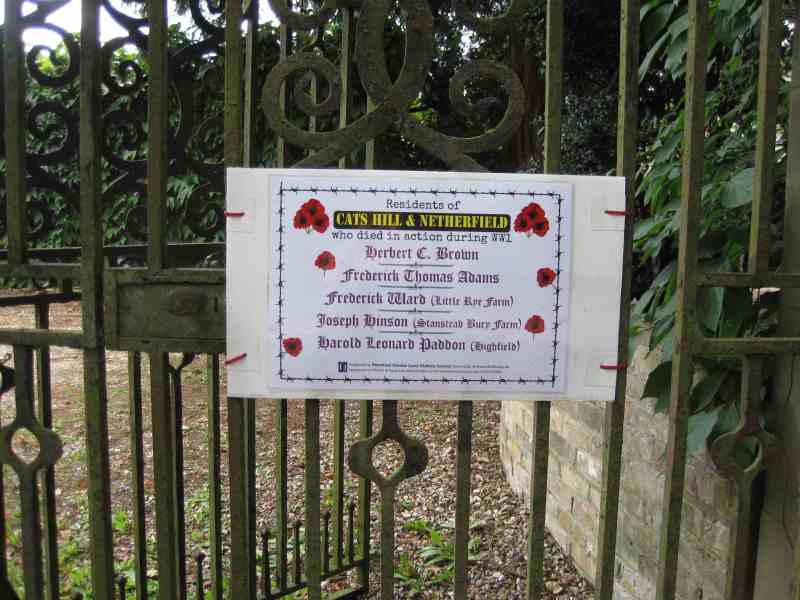 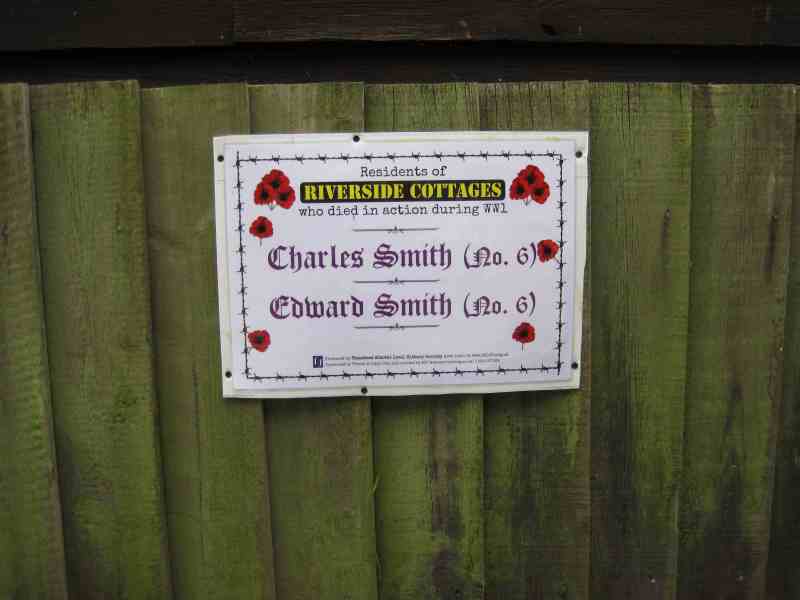 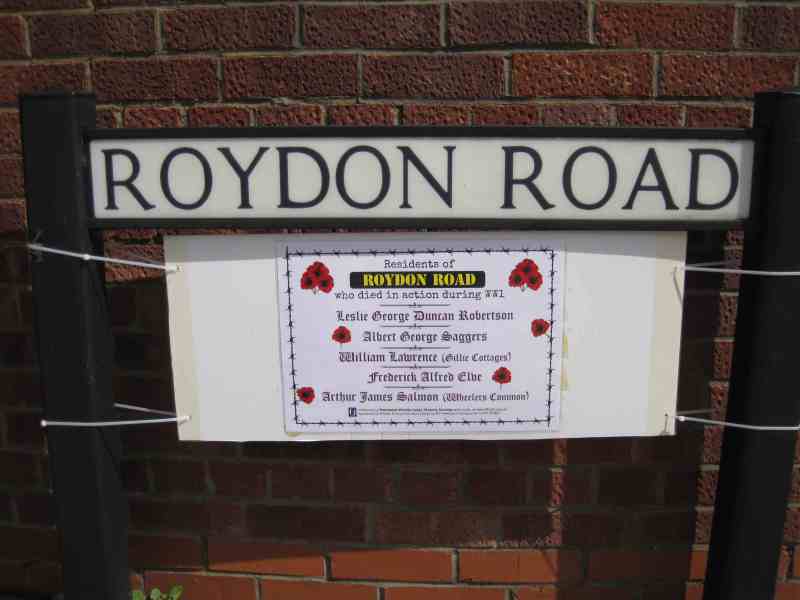 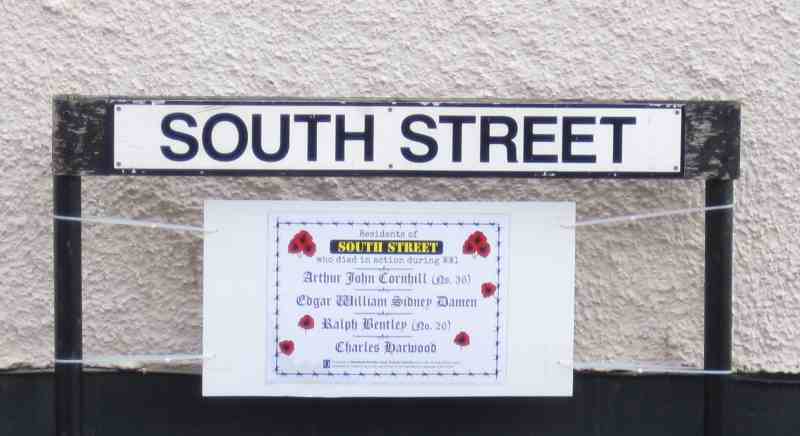 The following is a complete list of names of the WW1 fallen.

Free gardening workshops held twice a month at The Walled Garden. For children and their families and anyone interested in nature and gardening. For more information: click here
Table Tennis Club at Parish Hall - aimed at over 50s. Fridays 2pm - 3pm. £3 per session. Click here
Nigel Copping Community Centre what's on: click here
Stanstead St Margaret's Parish Council website: click here
Stanstead Abbotts Ceilidh Society - Monthly Concerts and Barn Dances on the third Sunday of each month at the Parish Hall, Roydon Road. Everyone welcome. Tickets £7 in advance and £9 on the door. Contact: 01920 877588 or 01920 870558 for further details.
Guitar Lessons based in Stanstead Abbotts. Call 07957 790062
Silver Years Ballet - ballet classes for over 50s at Stanstead Abbotts Parish Hall Fridays 10:30am £6 Tel: 07505 708528 or click: here
Stanstead Abbotts Local History Society -  meetings throughout the year for talks of interest on the area at the Parish Hall, Roydon Rd, every 2nd Friday at 7.30 pm each month along with extra outings and events in the Summer. Their events calendar and website features can be found here
Whist for over 60's @ Stanstead Abbotts Parish Hall on Mondays 2-4pm. Contact Rosemary Imroth 01920 424140
Hertfordshire Health Walks - fortnightly on Fridays in Stanstead Abbotts: click here
Great Amwell Women's Club - would you like to join?:  click here
St Margarets Parish Church - open every Saturday for refreshments 10:45am to 12:15pm.
Card making classes in Wilshire Hall 1st & 3rd Tues each month 1pm - 4pm. Contact Janet Dance 01920 871262